Motorcyclists are more vulnerable than others

Motorcycle accidents, just like car accidents, are scary and happen every day. Because motorcycle drivers have less protection shielding them, these types of accidents can quickly become extremely serious or fatal.

According to the Los Angeles Times, motorcycle accidents in the U.S. in 2013 appear to have declined. However, the theory is that the lower rates aren’t due to safer driving but worse riding conditions. The winter of 2012 was long and dry, driving motorcycle accident rates up.

The LA Times referenced a report conducted by the Governors Highway Safety Association (GHSA), which brought to light several facts about motorcycle accidents, including:

Many drivers choose not to wear helmets because they’re uncomfortable or bulky. Some motorcycle drivers may make the claim that they know they’re going to drive safely, but that doesn’t account for other drivers who may be speeding, tired, or distracted.

We understand your pain

If a motorcycle accident injury has changed your life, Holland & Holland may have options for your recovery.
Contact Us

Safety and Precautions for Motorcycle Drivers

The Insurance Information Institute reported that 56 out of every 100,000 registered motorcycles were involved in a fatal crash. Because motorcycles are so much smaller than cars and trucks, accidents can be much more common and severe.

Tips for a safer ride

Take care of your motorcycle by checking your lights, horn, and directional signals before each ride. 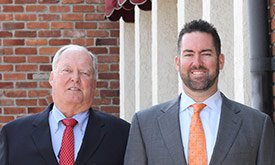 If you’ve been involved in a motorcycle accident, let the experienced attorneys at Holland & Holland represent you. We have a strong understanding of California law and will work with you to achieve a favorable outcome for your case. Contact us today for a consultation.